This science game will help children learn and review the life cycle of a lizard. Begin by reading all about lizards below before playing the game.

Habitat and Life Cycle of Lizards
No matter their size, lizards can be cold-blooded, which means they depend on their environment for warmth. We will be looking at their habitat and life cycle, as well the food they eat. Lizards are more than herbivores. They can also be omnivores or carnivores. Let's take a closer look to lizards.
Lizards are cold-blooded
This study may help you answer the question of whether lizards can be cold-blooded. Like the bearded dragon and other lizards, lizards have complex physiological systems that regulate their temperature. These systems are very different from the ones of mammals. However, lizards do not have the same thermal opportunist abilities as mammals. They can actually regulate their temperature better than humans.
Because lizards are cold-blooded, they must be kept at a constant temperature in order to survive. They have to regulate their body temperature according to the environment. To avoid extreme cold temperatures, hibernate lizards as winter draws near. They spend most of their day in shade and avoid direct sunlight. To keep cool, they even burrow into the soil.
Warm-blooded animals require heat to survive; lizards don't. They need warmth to stay active. They become very slow when temperatures fall below this point and will spend most of their time foraging. They have an advantage in desert environments because their bodies are unable to move in extreme temperatures. When temperatures drop to below freezing, they may even fall from trees.
To maintain their body temperatures during cold seasons, wild lizards hibernate. Although they cannot survive in cold temperatures, lizards can survive in cool environments provided they have heat. They often spend their hibernation in burrows. They come out of burrows when the weather is warm to feed on spiders and insects.
Remember that lizards can be either terrestrial or aquatic reptiles. All reptiles, including turtles and alligators as well as crocodiles and lizards, are cold-blooded. Cold-blooded insects include bees, dragonflies, and others. Some fish, such as sharks, can also be cold-blooded.
Although they are cold-blooded, Lizards can be kept as pets and can live many years if taken care of properly.
They are omnivores
Omnivores are better suited to grinding up than ripping up plant material, unlike herbivores. They also have sharp canines and incisors that look similar to a carnivore's teeth. However, most species have flat molars specifically designed for grinding plant material.
The Latin word omnis means "all", and the Greek word vora means "to eat". The original definition of Omnivory was behavioral. It meant that an animal could eat both plant and tissue. Biologists use the term "omnivore" to refer to the ability of different species to consume animal and plant materials. Omnivores, which include animals, plants, algae, and some fungi, have become a multifaceted group over the past century.
Omnivores are able to develop at a much faster rate than herbivores. Even slow-growing species can experience dramatic changes. The differences between age classes is greater than that among biological species. Omnivores have expanded the food options of many animals.
Being an omnivore means that lizards can eat a variety of prey and can change their diet to suit their needs. They can also switch to more abundant food sources. Omnivores are essential to the food chain. Their diversity and food availability means their diets are more diverse than herbivores.
They are carnivores
From the Latin term for "flesh eater", the term carnivore refers to animals who eat meat. Although the term "carnivore", implies strict dietary restrictions, carnivores can eat other foods such as nuts and fruits. With their long tongues, lizards love to eat insects.

Marine Invertebrates Science Game for Kids - Mollusks, Arthropods and Others 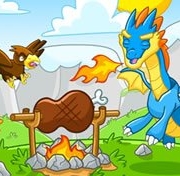